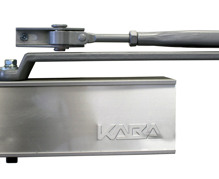 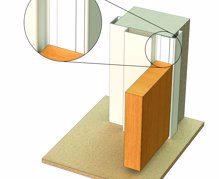 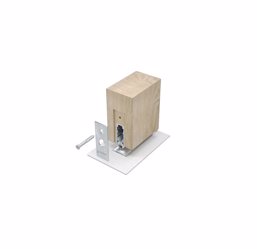 This fully mortised aluminium automatic drop seal features a silicone rubber gasket and internal seals. It is used to close the gap under single swing doors to maintain their acoustic, smoke or energy efficiency performance.

The seal incorporates a high efficiency spring loaded mechanism that extends the seal as the door swings shut and automatically retracts it as the door is opened by just a few centimetres. 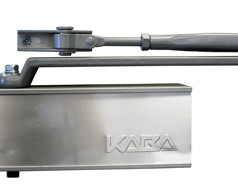 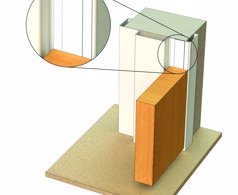 Seals that are designed to fill the gap between the bottom of a door and the floor are called Door Bottom Seals.

There are two common versions of these seals; the mechanically lifting automatic seal and the sweep seal. The operation of both of these seals is enhanced when they are used in conjunction with a low profile threshold plate which has been fixed to the sill immediately under the door.

The automatic door bottom seal lifts automatically as the door is opened and conversely lowers to seal as the door is closed. This ensures that the seal does not impede the normal function of the door, allowing the seal to lift clear of carpets and other obstacles. They look neat if face mounted to the door and some versions can even be fully morticed into the door, out of sight.

The sweep seal operates by bringing a flexible seal, mounted on the door, into contact with a low profile threshold plate. The seals are often made of a strip of flexible PVC (rubber or brush) mounted into an aluminium holder.

Note: Ensure that the floor surface is lower than the sealing surface of the threshold plate to avoid sweep seal from fouling.